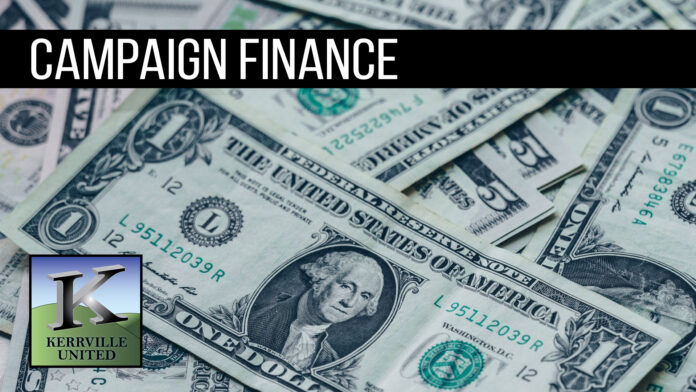 The first deadline for campaign financial reports came and went on Thursday, April 1. Last week’s report marks 30 days prior to the citywide election scheduled for May 1, with early voting beginning on April 19. These reports are required by law and are collected by the City Secretary’s office. According to City Secretary Shelley McElhannon, Mary Ellen Summerlin submitted her report on time, but candidate Roman Garcia did not submit a report.

Although he was required to submit several reports throughout the past two elections, Mr. Garcia either filed late or not at all on three occasions. (Roman Garcia was a candidate for city council in 2020 and is again running for council in 2021.) Mr. Garcia filed late in October 2020, and then failed to file his January 15 and April 1 reports in 2021. According to his most recent finance report, Mr. Garcia acts as his own campaign treasurer.

When a candidate fails to file a report or fails to file on time, the Texas Ethics Commission handles all complaints and investigations into the candidate. The City of Kerrville acts as the record-keepers for the local races, but does not have statutory power to enforce penalties, and cannot file complaints with the TEC. Members of the public or other candidates for office can file complaints with the TEC, which could trigger an investigation and/or civil or criminal penalties.

These reports are intended to give voters a clear and transparent report on the financial activities of each candidate, including how much money was raised, who contributed to the campaign, and where and how the money was spent. These reports are an important element ensuring accountability and transparency, and the reports also give an indication of the level of the candidate’s organizational skills and attention to detail.

Because Mr. Garcia did not file the required reports in January or April, we do not have a clear picture of his current contributions or spending. On the last report he submitted on October 26, 2020, Garcia reported a balance of $503 in his war chest. We have no records of any financial activities since that date, but Garcia’s website does request financial contributions.

Kim Clarkson is on the ballot for Place 2 and is running unopposed as the incumbent. Since she does not have an opponent in the race, she is not required to file at this time.

On this year’s ballot, Kerrville voters will elect a representative for Place 1 and Place 2 on the Kerrville City Council. All of the seats on council are “at large,” meaning any eligible resident can run for any of the seats, and all eligible voters can participate in each and every election.

Only Place 1 is contested this year. Current representative Kim Clarkson is seeking re-election to Place 2, and she is unopposed.

The Place 1 contest is between Mary Ellen Summerlin and Roman Garcia.

Early voting begins on Monday, April 19, and Election Day is May 1. All voting will take place at the Cailloux Theater, 910 Main Street, Kerrville, Texas.

Absentee ballots (vote by mail ballots) must be requested NO LATER than April 20.