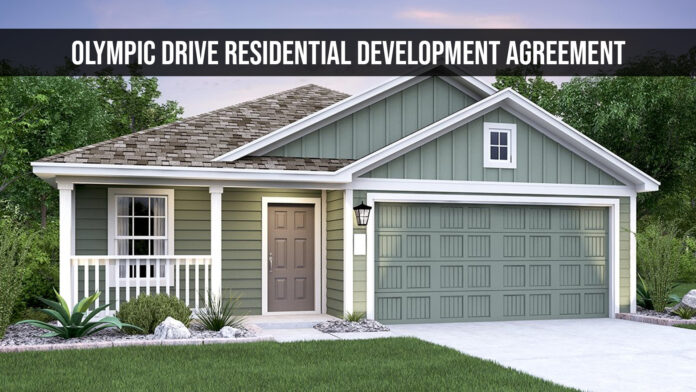 The housing crisis in Kerrville and Kerr County is well-defined. The median home price has climbed steadily from a median sales price of $234,000 in the third quarter of 2019 to a median sales price of $300,500 in August 2020 (Kerrville Board of Realtors). The median price was up 23% year over year for the month of August. At the same time, median income remains at about $47,000 per year, depending on which number you use (this figure is from the US Census).

At the same time, the number of houses for sale under $250,000 is low. Anecdotally, local real estate agents say that houses under this price point sell extremely quickly unless there are extenuating circumstances affecting the listing, sometimes even before hitting the MLS. Over 50% of the August sales were sold for less than $300,000, but properties under $200,000 represented just 1/5 of all closings. So the market for homes priced in this range is very tight.

Along with much of the country, Kerrville’s home prices continue to rise at twice the rate of wage growth, and simultaneously, the demand for housing has outstripped the supply of affordable homes in Kerrville. (Ref.: Keeping Up with Kerrville, July 5, 2019) Nationally, the National Association of Realtors predicts that, “A lack of homes for sale has been making things difficult for buyers since 2015, and [in 2020], inventory could reach historic lows.”

Housing was a major element of the Kerrville 2050 Comprehensive Plan, which identified, “one of the top challenges facing cities engaged in fostering a favorable climate for growth and development is providing a diversity of attainable housing options for a
range of employers and employees in varying income segments.”

In 2019, Mayor Bill Blackburn led a Taskforce on Workforce Housing that eventually published the Kerrville Housing Study and Strategic Plan, identifying concrete steps that were needed to increase the supply of homes in Kerrville. That plan recommended (among other things) increasing the supply of single-family homes on lots that already had access to existing infrastructure, prioritizing sites like this over sites that would need extensions or added capacities. The study also recommended incentivizing developers that were priced for workers making 120% of the median income and below, while meeting reasonable design standards. (Page 12 of the Housing Study.)

Why is the demand for housing so high? Kerrville is growing, the economy is improving, and the State of Texas is a destination for internal migration from other states.

While demand soars, Kerrville’s construction of new homes has not kept pace. Nearly 84% of the homes in Kerrville were built prior to 2000.

And more folks are coming… perhaps even more than the estimate shown above. The Kerrville State Hospital is hiring 200-250 new staff after completing a $30 million renovation and upgrade to their facility. A recently announced expansion to Kerrville by Killdeer Mountain Manufacturing will bring in at least 400 jobs over the next two decades. And other existing businesses are expanding, as well. These promising economic developments will put even more pressure on the housing market within the tightest sector — homes for workforce.

Workforce housing is primarily defined as housing that is within reach for working households — teachers, nurses, firefighters, police officers, administrative assistants, and other similarly salaried jobs. Workforce housing is defined as that which is affordable for households making 80-120% of the area median income — that $47k per year number mentioned earlier. So that upper limit for workforce housing prices, as defined by Texas Department on Housing and Community Affairs (TDHCA) is $227,000. And that’s the upper limit of the sales price of the homes proposed in this deal.

A common complaint heard on social media is that “no one” can afford housing that costs $227,000. Let’s break down the costs of ownership for a brand new home at this price point. With 10% down, 3% interest rate, 30 year note, assuming some conservative figures for taxes and insurance, that $227k home will cost roughly $1,300 per month. That is roughly the same as what the median household currently pays for housing, according to US Census data.

We also need to be clear when we talk about median household income. By definition, someone who earns the median is exactly in the middle of the wage distribution. About half of the households in Kerrville earn more than the median, and half earn less. So when we see a house priced within reach of the median income, by definition, that means that approximately 50% of the households in Kerrville can afford the home, notwithstanding factors that will affect an individuals personal financial situation, such as extremely high student loan debt, credit card debt, poor credit, or other extenuating circumstances.

The deal being considered on Wednesday has the following stipulations.

The full agreement is available to review at this link: https://legistarweb-production.s3.amazonaws.com/uploads/attachment/pdf/723318/20201021_Agreement_Lennar_Subdivision_Development_Agreement.pdf

What does this mean?

This is a deal that, if executed properly, will produce 125 single family homes at a price point that is theoretically affordable by around 50% of working households in Kerrville — workforce housing.

The increase in the supply of new, quality homes will be a welcome addition to Kerrville, and in theory will ease the upward price pressure thanks to that increase in supply.

One hundred twenty-five families will have the opportunity to achieve home ownership in quality new dwellings in an attractive location near other residential neighborhoods, schools, parks, and attractions.

Kerrville will see a large increase in the tax rolls, especially since this property is not currently taxed at all. If the average value of the homes is $200,000, that’s an increase of $25,000,000 in the taxable rolls, and a levy of approximately $128,000 per year for the city alone. Other taxing entities will benefit without incurring any up-front cost, such as Kerr County and Kerrville ISD.

The City of Kerrville was given this land by Schreiner University in a swap as part of a deal to extend East Main Street past the campus to Meadowview Lane. The city has no other use for this property at this time, and it has been contemplated for use as a housing development for several years. The 2050 plan identifies Loop 534 near Tivy High School as a target area for outward growth (Strategic Catalyst Area 8). So there are no major zoning issues or re-thinking of strategy needed to make this work.

No tax abatements or other incentives are being offered apart from the waiver of development fees that will likely total in the thousands of dollars, and the gift of land.

This deal will cost the city very little in comparison to another recent project — Vintage Heights — which would have provided up to $5 million in tax abatements to develop over 500 single-family homes on Highway 16 south.

Why not sell the land?

One question that’s already arisen is, “Why not sell the land to a developer? Even at a discounted price?”

There are two main reasons why this land is not being offered for sale, but is being “gifted” instead:

2.) If the city sells the property outright, they lose the ability to negotiate the deal points mentioned above. The city would have no leverage to insist that the homes be priced within reach of working families. That is, there would be no cap on the sales price. And with the highest profit margins going toward high-end custom homes, this tract could end up being just more homes for wealthy residents. Without the gift, the city has no leverage to assure that workforce housing is created.

Vintage Heights was a 500+ home development planned just south of Riverhill subdivision. The plan generated a great deal of controversy because of the zoning, the types of homes, the potential for increased traffic, and the tax abatements offered by the city.

This new project has none of the same issues that Vintage Heights faced. Here is a discussion of the differences:

City Council will consider this deal during a special called meeting on Wednesday, October 21, at 5:00 PM. The meeting will be held at City Council Chambers at City Hall. All city council meetings are broadcast online on the city’s video player and are subsequently available in the archive.

The agenda packet, which includes the written agreement and samples of the developer’s Watermill Collection, is available to view online.

This development agreement would represent a big step in helping to alleviate the housing supply crisis that we are facing in Kerrville. Will it solve every problem? Of course not. But this is a big step in the right direction.