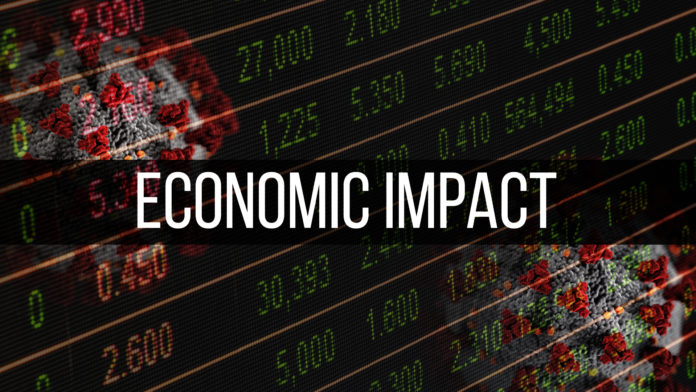 During Monday afternoon’s Economic Improvement Corporation (EIC) meeting, City of Kerrville Finance Director Amy Dozier presented the board with monthly financial statements showing strong sales tax numbers for the preceding months. But, also a warning about what to expect going forward as a result of the coronavirus’s impact on the local economy.

The entire community is bracing for impact as COVID-19 causes disruptions in the local economy. Businesses are already being heavily impacted by a decrease in tourism, overnight visitors, foot traffic, events, and dining. Kerrville’s economy is dependent on retail trade, accommodations, food services, and manufacturing, all of which could be hurt by the ongoing crisis.

Mrs. Dozier presented a chart showing the sales tax revenues that the EIC has collected for the past 12 years. In 2010, during the Great Recession, sales tax revenues dipped nearly 8% year-over-year. Since then, revenues have increased steadily.

According to Mrs. Dozier, going forward, we can expect two things to happen:

Sales taxes are paid to the City of Kerrville and the EIC approximately two months after the actual sales take place. So, revenues generated in February are being paid to the city in March, and March revenues will be realized in May. So we won’t see the statistics or know the full impact for some time. But the effect on the city’s and the EIC’s budgets could be felt.

A ten percent decline in sales tax revenue would equate to a “loss” of $370,000 for the EIC, but the EIC would still bring in approximately $3.3 million in 4B sales tax monies, which is more than the annual revenues from 2017. So, a large dip would be felt, but it would not decimate the board’s ability to fund projects — both those already committed and potential new projects.

The City of Kerrville relies on several forms of revenue to perform its functions. As seen in the chart below, the city receives about 12.5% of its nearly $60 million (projected) revenue from sales taxes. In its FY2020 budget, the city projected about $7.4 million in sales tax revenue.

Using various projection methods (explained below), the city projected a conservative increase in sales tax revenue of 1.6% over 2019.

Should we see a 10% drop in annual sales tax revenue compared with 2019, that would cost the city approximately $730,000, which is an overall decrease of approximately 1.2% of its projected revenues for 2020.

It’s much too early to know the full impact of the COVID-19 crisis at this point in time, but we do know that it has — and will continue to — hurt the entire country’s economy, as well as Kerrville’s. Almost all of the city executive staff’s time is being occupied with the current and future impacts of the coronavirus on our community, and we applaud their efforts to keep residents safe and informed about the ongoing crisis.

Going forward, we know that city staff and elected officials will be mindful of the potential economic fallout as it applies to city finances and to the businesses and individuals that reside and work in Kerrville. When it is prudent to do so, we expect that we will receive updates on how the crisis will impact our finances and priorities.