What questions do you have about the sports complex? We’ll be happy to answer them or find someone who can. Shoot us a message on our Facebook page or comment on this post: facebook.com/KerrvilleUnited 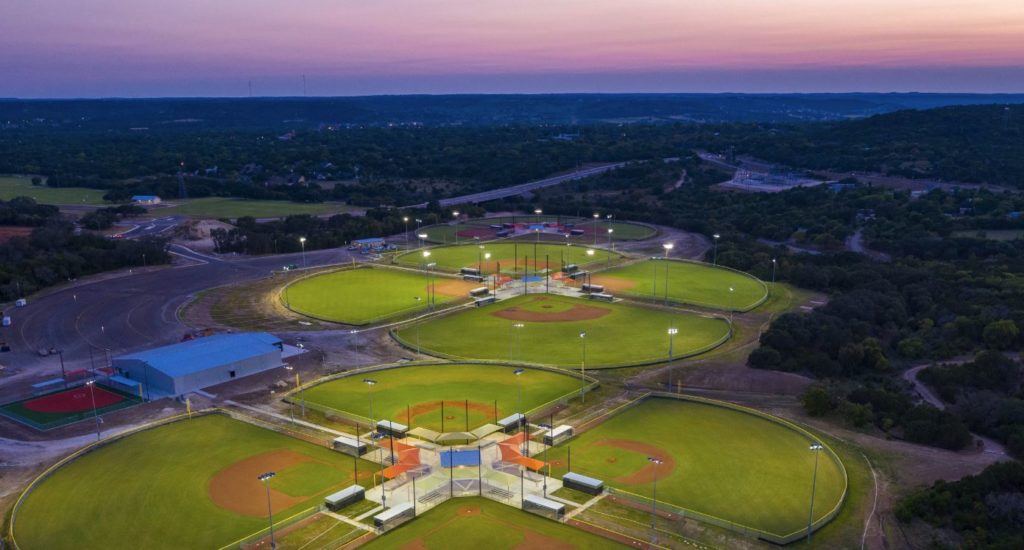 The brand new Kerrville Sports Complex opened this week on Holdsworth Drive. The ribbon cutting ceremony was held on Wednesday, January 17, and the ceremonial “first pitch” and “first kicks” were held on Saturday, January 20. Lots of news coverage has focused on the complex this week.

In an article authored by Zeke MacCormack and published in the San Antonio Express News about the ribbon cutting ceremony at the new sports complex on Holdsworth Drive, the author writes about issues connected to the complex that are several years old and have a confusing history. Here are some of the statements from the article and our fact-checks and context that should help inform readers about the new facility.

Please note that we have not addressed the purely political aspects of the article and have instead chosen to focus on the hard facts.

TRUE: “The city estimates that each six-day tournament involving 500 players or more will generate $1 million in local economic spending — at hotels, restaurants, gas stations and such.”

NEEDS CONTEXT: “The city issued $9 million in debt to cover the remaining costs of putting in the sports fields. The debt will be paid off using local sales tax proceeds.”

FALSE: Mayor White was quoted in the article: “I wasn’t opposed to the project at all. I was opposed to how it was funded and how the contracts were structured.”

NEEDS CONTEXT: According to Mayor White in the article: “[DBAT] have two years’ free rent, and we have the debt service and maintenance costs to cover… We may never receive any lease revenue if they have 20 or more tournaments a year, the way the contract is structured.”

The sports complex is officially open for business. Soccer and baseball events, games, and tournaments are already filling up the calendars for the spring and summer. For more information about the sports complex, visit the following websites: