In an email sent to his contacts today, Brian O’Connor announced his resignation as Executive Director of the Kerr Economic Development Corporation, or KEDC, the independent board charged with expanding business and economic opportunities in Kerrville and Kerr County.

In his statement, released Thursday morning, February 15, Mr. O’Connor assured a seamless transition, and announced that Chamber of Commerce President Walt Koenig would assume his duties in the interim.

O’Connor pointed to his family’s election not to move to Kerrville as the primary reason for his departure, and mentioned that he has secured a job in Austin so that he can move closer to those family members.

Mr. O’Connor had served as KEDC’s Executive Director since October 2016.

The resignation comes just a few months after a conflict between and among the KEDC, the EIC, and the City Council majority. George Baroody, City Councilmember in Place 2 and council liaison to the EIC, stated in a meeting last fall that he envisioned KEDC functions being brought into the City of Kerrville at staff level, and advocated for a cut in the KEDC’s budget, effectively stating that the KEDC might be shut down completely. According to our sources, this statement and these actions contributed to at least one staff member resigning from KEDC immediately afterward because of that person’s concerns about losing employment.

This fight went on for several weeks, with numerous community leaders speaking out in favor of the mission of the KEDC, which seemed to be threatened by the current council majority of White, Baroody, and Voelkel, who control the majority of the KEDC’s funding via their oversight of the EIC.

That budget battle eventually culminated in the termination of EIC member James Wilson and subsequent resignation of EIC member Paul Stafford. Control of the EIC was then placed firmly in the hands of the current council majority’s nominees to that board which controls the KEDC budget.

This is a developing story that will be updated as we gather additional information. 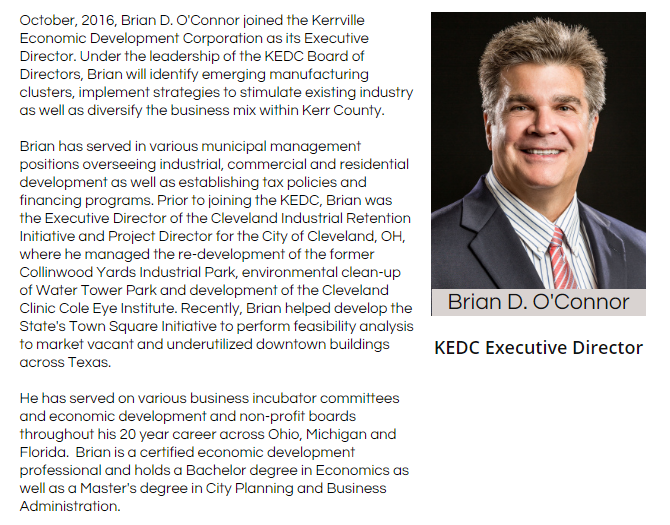