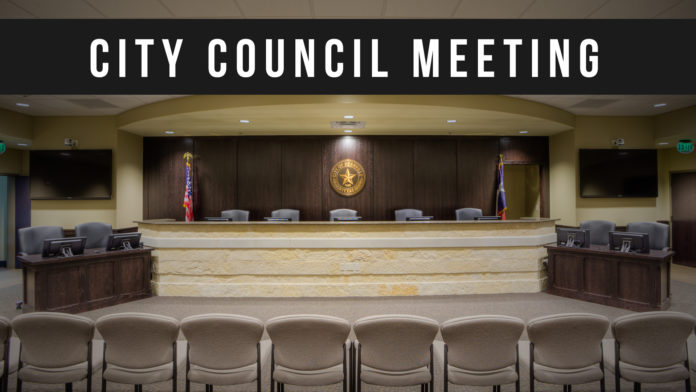 In the wake of a contentious two months of wrangling with a housing development, with two very long meetings in January, City Council this week has a relatively short agenda for their regular bimonthly meeting on Tuesday night at 6:00 PM. Topics include:

As explained in one of our previous articles, the USDA facility will soon undergo a $54 million renovation and expansion of their facilities along State Highway 16, just north of Kerrville. In order to tap into city water and sewer utilities, the P&Z recommended the annexation of the property into the city limits on January 2. Although the USDA won’t be paying any ad valorem taxes into the city coffers due to their status as a federal government entity, the city benefits by extending their utilities a little further at USDA’s expense, and increasing the total land area within the municipal boundaries — both of which are seen as positives for Kerrville’s future growth prospects.

If approved, the 33-acre tract would be brought into the city limits and zoned PDD (Planned Development District).

Just as residents along Riverhill Boulevard have recently complained about through traffic including truck traffic, residents along Paschal Avenue and the connecting neighborhoods have similar complaints. Paschal used to dead end on its northern end until the construction of Holdsworth Drive, which made Paschal a convenient shortcut for drivers making the north-south trip between Holdsworth and Schreiner Streets.

As part of the Kerrville 2050 Plan, one neighborhood per year will receive specialized attention in the form of a community development plan, and the Doyle Community Development Plan was the first such effort. The plan recommended adding Paschal Avenue to the list of streets where through truck traffic is prohibited.

If approved, trucks with dual or tandem axles will be prohibited from cutting through.

Donation of Pumper Truck to CPVFD

With the fire department’s recent acquisition of a Sutphen Monarch Pumper, the city’s 19-year old KME Pumper is no longer needed. The city would like to donate this truck to the Center Point Volunteer Fire Department, a department that has partnered with the city to protect the annual Fourth on the River celebration with their standby water tankers. The truck would likely sell for $5,000-$7,000 if put on the open market, according to staff, but the city plans on donating it to CPVFD, as is, free of charge. Council must approve in order for this donation to be allowed.

Last August, the City of Kerrville re-entered the Texas Main Street Program after a year-long hiatus. Every year, the contract with the state is required to be renewed. This is the standard contract to keep Kerrville in the program.

The purpose of the Main Street Program is to assist with the development, restoration, and preservation, of historic downtown. Kerrville is one of 90 Main Street communities in the State of Texas.

Council sometimes holds a “workshop” meeting prior to the regular meeting to discuss certain executive session matters. Although the executive session portion is closed to the public, these workshops are publicly posted, open meetings. State law requires that all city council meetings be held in open session, but provides for certain exceptions when dealing with sensitive matters such as personnel, real estate negotiations, and economic development.

This week, a meeting is scheduled to begin at 4 PM Tuesday and includes the following topics:

This portion of the meeting will be held in the upstairs conference room, and council will then reconvene in downstairs council chambers at 6 PM for the regular meeting.