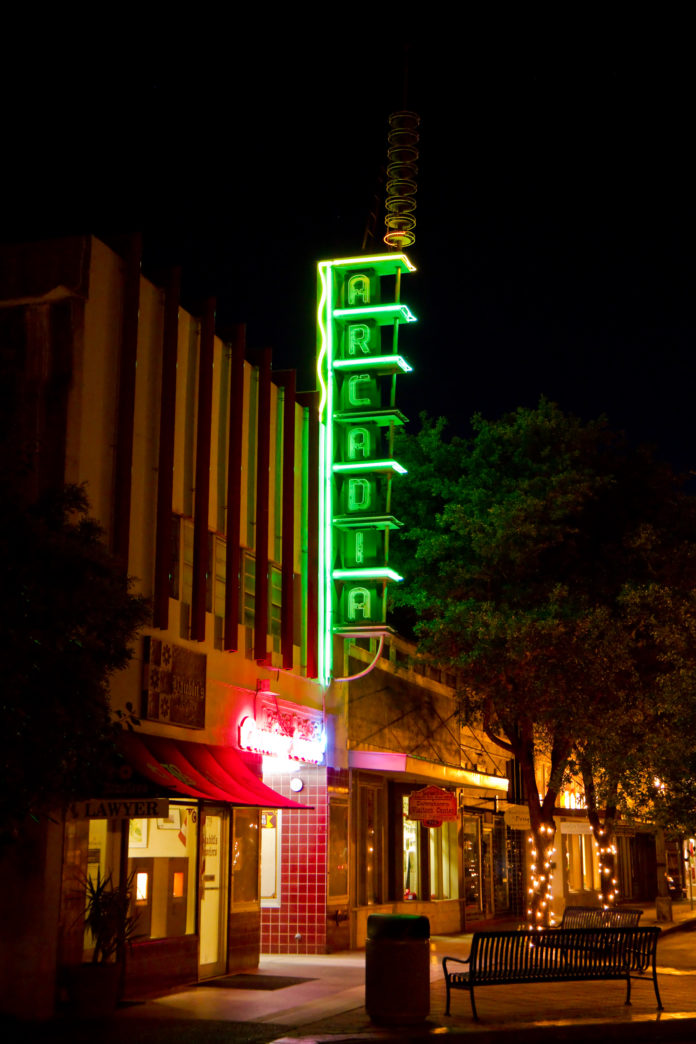 In a meeting that lasted only about 30 minutes, the Planning & Zoning Commission approved a sign ordinance variance for the Arcadia Theater and agreed to annex the USDA research facility on Highway 16. The commission also elected Garrett Harmon as Chairman and Rustin Zuber as Vice Chair.

Arcadia signage given the green light

Commissioners voted unanimously (5-0) to approve variances to the sign ordinance granting the nonprofit owners of the Arcadia Theater to move the existing antique sign to the rear of the building and to install a new internally-illuminated sign along Water Street. The antique neon sign will be improved and placed at the rear corner of the theater, overlooking the Guadalupe River and Louise Hayes Park. The new sign will be designed to resemble the original signage that marked the theater when it was originally constructed, and that sign will front on Water Street.

The sign required a variance due to the following factors:

During the public hearing, Dr. William Rector was the only speaker. He recommended approval of the sign due to its antique nature, as well as because of the precedent of allowing a similar sign across Water Street in the Peterson Plaza area. After closing the public hearing, commissioners voted unanimously to approve the measures.

The USDA has plans to expand and improve its research facility along Highway 16, just north of Kerrville’s current city limits. As part of the improvements, the USDA wishes to tie into city utilities including water and sewer. Annexation would allow those connections to be made, at the USDA’s expense.

Commissioners voted unanimously (5-0) to approve the annexation and zone the property with a PDD status — planned development district — which would allow their existing operations to continue.

Unless something else comes up, this will be the last P&Z meeting for the month of January. The Code Review Committee will meet again later this month, and commissioners will be apprised if anything comes out of that meeting that requires their attention.