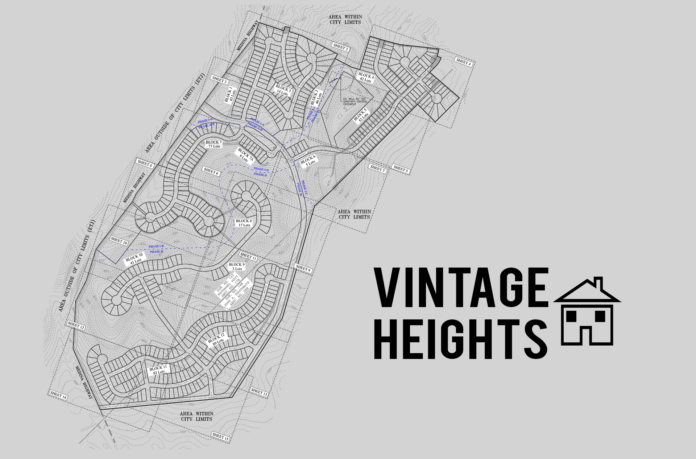 The City of Kerrville’s Planning & Zoning Commission meeting on December 5, 2019, played to a full house, with every seat occupied in the council chambers meeting room. The uncharacteristically long meeting lasted for approximately three and one-half hours, with the majority of the duration taken up with discussion of the 510-home development known as Vintage Heights. A raucous crowd openly groaned and guffawed at times, and yelled from the audience, making it difficult for acting chairman Garrett Harmon to maintain order. Numerous residents of Riverhill spoke in opposition to the development that would be constructed by D.R. Horton Homes.

The end result of the meeting was the 3-3 stalemate vote on the motion to approve the zoning request, which effectively denied the proposal. Since the zoning change was denied, the preliminary plat was subsequently tabled.

According to the city’s Zoning Code, when a zoning request is denied, the applicant has the right to appeal the decision to City Council. The developer has applied for this appeal and the item has tentatively been scheduled for the City Council meeting on January 14.

The Association of Property Owners of Riverhill called a special meeting on Friday, December 13, to discuss this proposed development. The board created a subcommittee to research the topic and make a presentation to City Council on January 14.