Several weeks back, the Bill Blackburn campaign ran an ad in the newspaper that announced an endorsement by six former mayors of Kerrville. That ad is pictured below. This image also made the rounds on social media, and had a noticeable impact on conversations around the election. 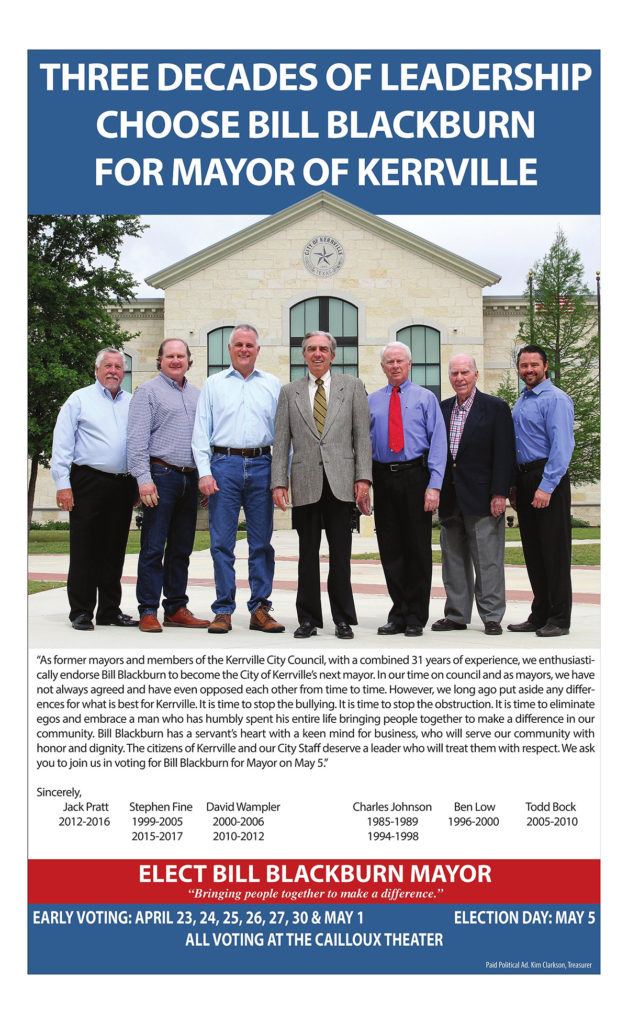 Then, last week on social media, a different Facebook post went viral. The post was from a person who had just finished casting a ballot at the early voting center. Afterward, she was introduced to the Mayor’s husband, Robert White. Robert asked her if she’d like to see something funny, and showed her an image on the back of his campaign yard sign.

The image was a Photoshopped version of the Blackburn ad — the ad depicting six former mayors endorsing Bill. Instead of the six mayors, the photo featured “swamp creatures” shopped onto the heads of these six previous mayors of Kerrville. 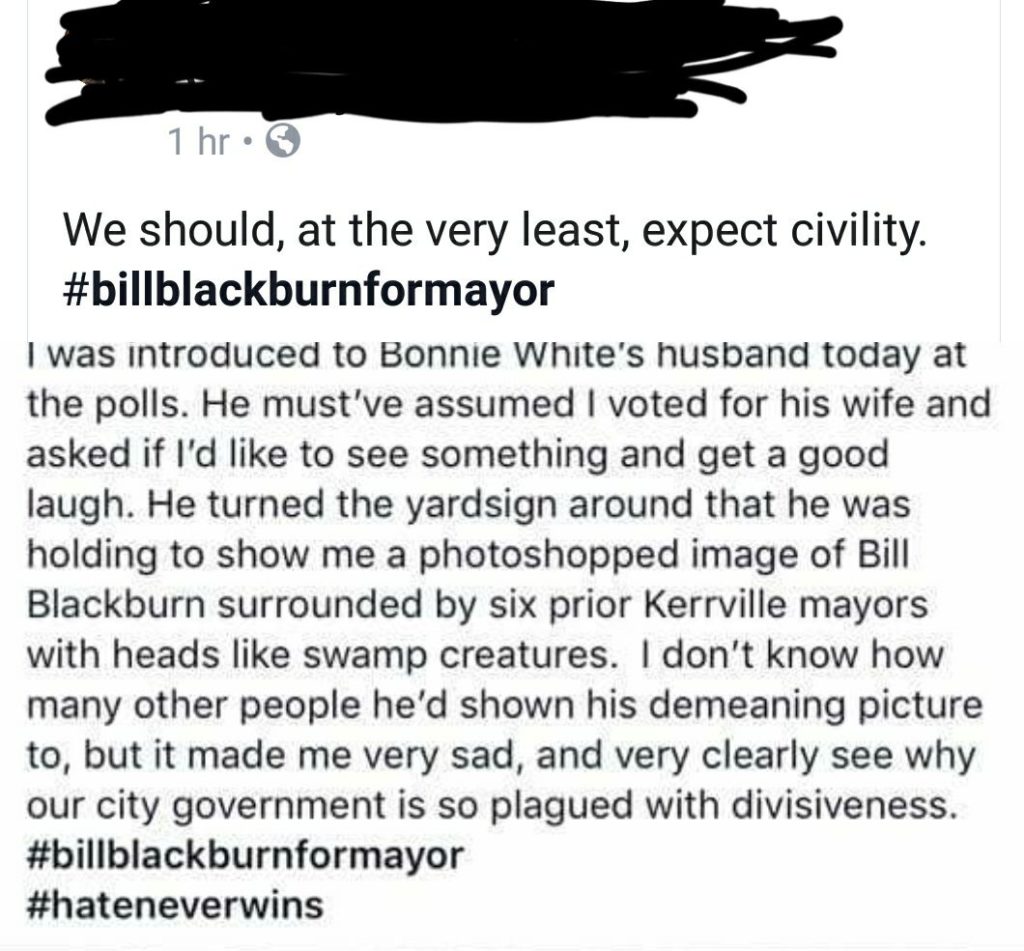 This post went viral, with scores of shares and reactions in 24 hours. Some of the folks who shared this post had their post deleted by Facebook, apparently because it was anonymously reported as offensive. This made them re-post it even more frequently.

Some commenters thought this might not be true. They asserted that there was no proof of this alleged photograph. As of this morning, we have proof. An anonymous source had this photo below sent to them by a White supporter. 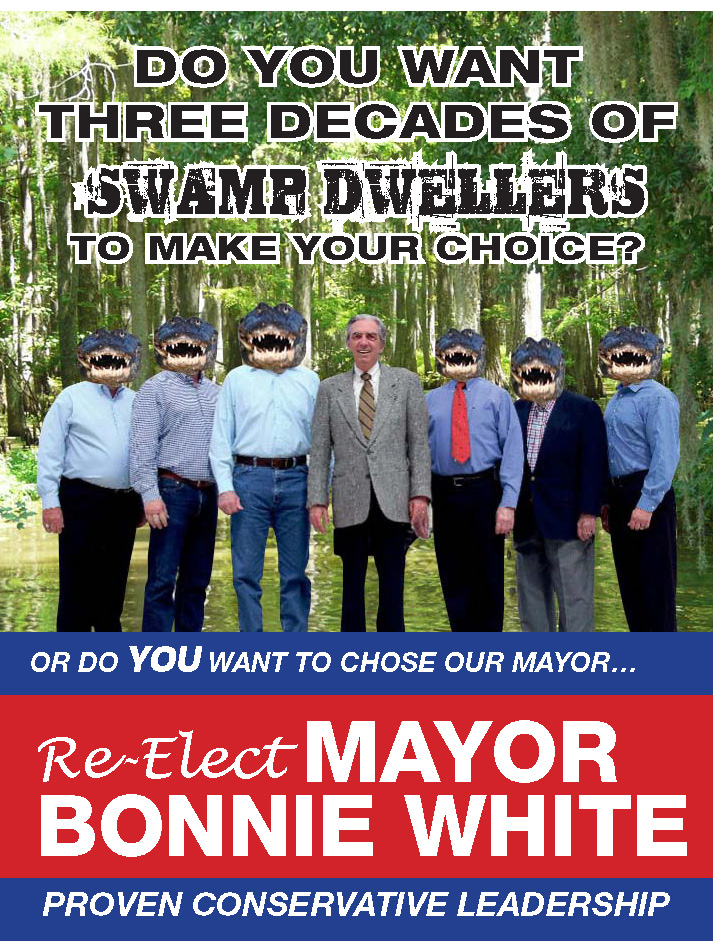 Aside from the potential copyright infringement issues, the image is troubling for a number of reasons. For one, it suggests that Kerrville voters don’t have a say in the election, which couldn’t be further from the truth, as the polls are still open and turnout seems to be on the rise from last year.

Two, the ad suggests that every former mayor is somehow a member of the metaphorical “swamp.” If this is the case, does the swamp not also include Mayor White, since she has served on council for three years now? The truth is that there is no swamp in Kerrville. Your city council representatives are your neighbors, friends, and fellow citizens. They have day jobs and are not career politicians. They serve for effectively zero compensation, giving countless hours of their time to try to improve their community.

Co-opting the “swamp” metaphor from the national political scene does not serve our community or do anything to improve it. To the contrary, it leads to even more polarization, degrades the election process, and attempts to bring our local political system down into the mud.

You still have a chance to cast your vote in this citywide election! Early voting is open on Monday and Tuesday from 8 AM to 5 PM, and the polls are open on Saturday, May 5, from 7 AM to 7 PM. Make your voice heard!