On the first day of early voting, Monday, April 23, a guest column was published in the Opinion section of the Kerrville Daily Times authored by Justin MacDonald, President of The MacDonald Companies, a residential housing developer.

Kerrville United is currently researching this topic and will share all information that we uncover.

Read the full article below: 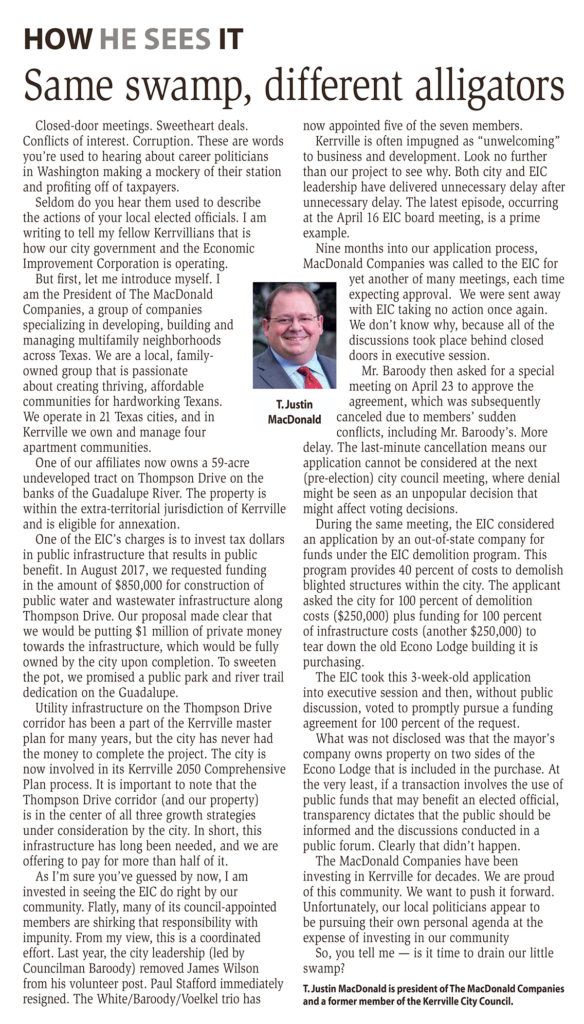