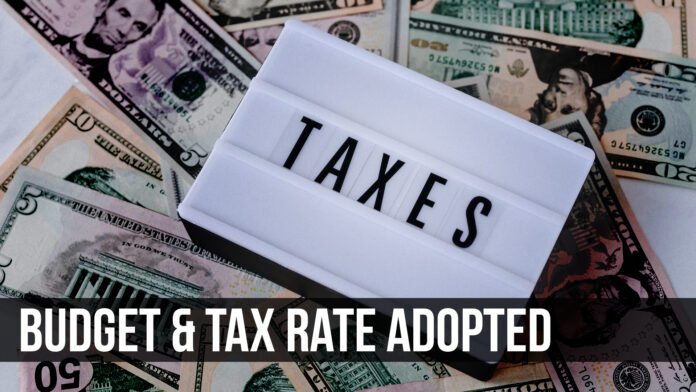 Tuesday night’s City Council meeting was the first meeting that included in-person visitors since the pandemic precautions began in March. Held at the Cailloux Theater to allow for in-person attendance and social distancing, the meeting included the second and final readings of ordinances adopting the official budget and ad valorem tax rate for fiscal year 2021. Some of the budget highlights include:

The budget process began on March 10 with the first of several budget workshops — public meetings of city council that discussed the budget in great detail. This process culminated in the first reading and public hearings on August 25, and the final public hearings and second reading on September 8, when the budget was officially adopted. The new fiscal year begins on October 1.

The biggest news in this budget is the property tax rate. For the third time in four years, City Council voted to reduce the ad valorem tax rate. Earlier this year (as well as last year), many property owners in Kerr County were surprised by quickly rising property valuations as determined by Kerr Central Appraisal District, the independent government agency in charge of determining property values. Responding to these rapid increases and taxpayer concerns, this year’s city budget reduces the tax rate by about five percent, to the state-defined “no new revenue” rate of $0.5116 per $100 of valuation.

This means if you own a house that is valued at $200,000, at last year’s rate, you would be required to pay approximately $1,080 in taxes to the city (before any exemptions, freezes, or other reductions). With the reduced rate, your tax liability to the city this year would be approximately $1,023 — a savings of just under $60, or about 5%.

Two things to keep in mind… First, the city collects only about 20% of the total ad valorem taxes that you pay. Other taxing entities, such as KISD, Kerr County, UGRA, Headwaters, and special districts collect the remaining 80% of your tax liability. Second, it’s important to remember that KCAD sets the value on your home, and the city, county, and other government entities do not have any influence over property valuations. And because the average valuation increased from last year to this year, the average property owner will likely pay the city roughly the same amount that was paid last year.

The charts below show the tax rate compared to total revenue. The teal line shows the tax rate reductions over three of the past few years. The numerical chart at the right show the total tax rate and the two tax rate components — maintenance/operations and interest/sinking.