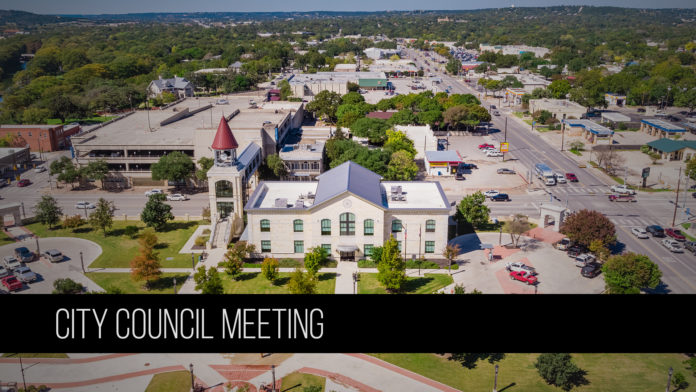 Kerrville’s City Council will hold a regular meeting on Tuesday night at City Hall. The meeting will be available virtually, with members of the public tuning in on local television, live stream, or by calling into the city’s Zoom comment system. Council will discuss the following matters.

Switching to HCTC for fiber services

The city will consider a contract with Hill Country Telephone Coop for fiber and internet services. This new contract would save the city approximately $15,000 per year and would eventually triple the speeds that the city’s network can achieve once equipment upgrades are made in the future.

Also mentioned within the agenda bill is the possibility of a partnership with Kerrville Public Utility Board (KPUB) for a city-owned fiber network at some point in the future. Kerrville United is a strong advocate for a city-owned fiber network to allow for increased broadband and high-speed internet access to the residents of Kerrville, reducing the dependence on a small number of providers offering very limited service to the Kerrville area.

In October 2018, a flood destroyed several water reuse lines that crossed the Guadalupe River near the Loop 534 bridge. In June of 2019, the city received $1 million in state grants to repair the lines, and on Tuesday, the city will authorize the city manager to accept an additional $500,000 in forgivable loans to complete this repair project.

Plans are in the works to attach the lines to the Loop 534 bridge and the project is scheduled to be completed in fiscal year 2021.

Finance Director Amy Dozier will make a presentation to council regarding the impact of COVID-19 on the city’s revenues. The highlights of this report will point out:

Due to these decreases in revenue, the city has responded by cutting expenses, including reducing supplies, equipment and maintenance; leaving positions unfilled; reducing overtime; and reducing travel and training budgets. The city is also working to receive grant funding from state and federal programs for cities.