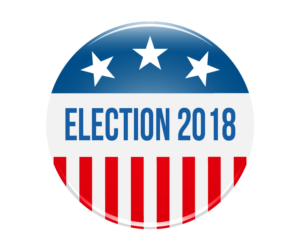 As early voting began this week, we received several questions about why the KISD Bond Issue election was on a separate ballot. Our readers described their experiences at the polls this way…

They waited in line at the Cailloux Theater as they diligently do for every election. Once they arrived at the front of the line at the appropriate precinct table, their ID was checked and they were given a ballot for the midterm general election. Then, they were asked if they would also like to vote in the KISD Bond Election. (Some voters are not asked this question, perhaps if they are outside of the KISD district lines or for some other reason.) Most of our readers requested the second ballot for the KISD election, but they wondered… Why isn’t this just on the regular ballot?

There seem to be a couple of reasons for this:

If you live in the City of Kerrville, it’s likely that you reside with the Kerrville Independent School District (KISD). But Kerr County is home to a total of eight school districts: Kerrville, Center Point, Comfort, Medina, Hunt, Ingram, Harper, and Divide. And these school district lines are not drawn on top of voting precinct lines. Here’s an image of all eight districts in Kerr.

And here’s an image of the voting precinct lines on top of those district lines. Precinct lines are shown here in thick black.

As you can see, almost every voting precinct outside of the city limits of Kerrville has parts of multiple school districts within it. So, imagine how many different ballots would have to be ordered to correspond to each voting situation within each precinct! This could be a nightmare to administer with paper ballots on early voting days.

In addition to the early voting center at the Cailloux Theater in downtown Kerrville (which is available to all residents within Kerr County), KISD has established early voting centers at various campuses around Kerrville. But be aware… The ONLY ballot that is available at these locations is the KISD Bond Election. You CANNOT cast a ballot for other midterm election races such as Senate, House of Representatives, and statewide races.

The elections are  being administered with separate voter databases. So if you vote at a campus location, you can still cast your other ballot at the Cailloux Theater during early voting, or at your polling place on election day.

The bottom line is this… If you live within KISD or one of the other school districts holding elections, be sure and ask specifically for that second ballot so that you can fully participate in the 2018 elections!

And if you have any questions, be sure to ask!