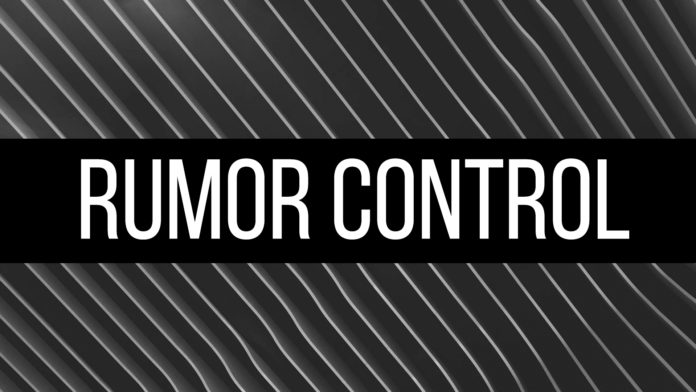 Yes, testing is being conducted at the local level. There has been some misinformation circulating based on some inaccurate statements from various local officials, but to be clear… YES, testing is being (and has been) conducted for individuals that have symptoms that are consistent with the virus, according to local health officials.

Testing decisions are made by health care professionals. We are so thankful for their tireless efforts during this tense moment.

Kerrville United regularly issues reports based on official statements and information provided to various government agencies, such as City Council. Unfortunately, sometimes that information — even though it comes from an official and trusted source — is incorrect, because we are all human, and this is a rapidly-changing and stressful situation. If we relay a statement to the public that is incorrect, we deeply regret that error and will correct it as soon as possible. This is one of those instances.

Since we originally published this article, we have added these references and resources.

On Friday, the City of Kerrville posted this video interview with members of the PRMC medical staff. In this video, at approximately 7:00, the officials discuss testing in Kerr County. “Testing is not available to the general public… if they meet the criteria, we reach out to the Texas Department of State Health Services, and if they meet the criteria, we get the testing done.”

In a Kerrville Daily Times newspaper article published on Friday, an interview with Peterson Health CEO Cory Edmonson was interviewed, and this was his reported response to questions about testing:

There are ongoing tests for the virus in Kerrville, some being conducted in local doctor’s offices, but the challenge for health officials here is that the tests have to be sent to out-of-the area testing facilities. In turn, it could take 48 hours or longer to determine a positive test. Edmonson said he didn’t know how many had been tested at this point for the virus. In most cases, doctors will only test for coronavirus if they have ruled out other illnesses and if the patient is clearly showing signs of coronavirus infection.

In a Kerr County Commissioners Court meeting on Monday morning, County Judge Rob Kelly shared some of the testing procedures for Kerr County. The full video is available below.

According to the judge, testing has to be done with a doctor’s order. The swabs are administered locally and then shipped to a lab in San Antonio for the actual testing. Law enforcement and healthcare providers can be tested without a doctor’s order, but after screening. A drive-thru testing facility is in place in San Antonio, but is not open to the public. “Our healthcare providers have come up with a good system to do testing,” stated the Judge.