The May 5 election results have been tallied, and the winners were Bill Blackburn (Mayor), Judy Eychner (Place 3), and Delayne Sigerman (Place 4, unopposed). Following the election, tradition calls for the defeated candidate to phone the winning candidate to offer congratulations, and to concede the election. Although the phone call really has no legal basis nor is it required, calling one’s opponent is considered customary and traditional, and serves to help unify the voters that were divided during the election. An exception to the concession call is typically made when the vote is too close to call, or there are any other abnormalities that call the election into question.

In this case, the winning candidates each garnered about 1,000 votes more than their opponents, so there really was no question about the margins. But the overwhelming victories weren’t enough to prompt either losing candidate to make that traditional phone call after this year’s election. Instead, the candidates have offered several quotes to two different newspapers so far. Here are their quotes: 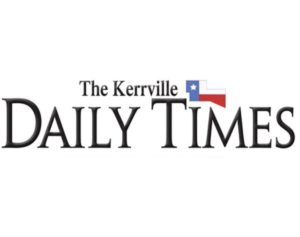 The newly elected council members and mayor will be sworn in on May 15, meaning White remains Kerrville’s mayor until that date.

A meeting of the Comprehensive Plan committee was scheduled for Monday, May 7. Mayor Bonnie White was not in attendance, nor was Mr. Cooper, but all four councilpersons did attend (Voelkel, Baroody, Summerlin, and Ferguson). Although not at the city’s meeting, White was in attendance at the Kerr County Commissioners Court meeting that morning, even though no city-county business was on the agenda.

Tuesday night was the final City Council meeting on the calendar in which Bonnie White would be the presiding Mayor, since Blackburn doesn’t take the helm until May 15. White did not attend Tuesday night’s meeting. George Baroody, Mayor Pro Tem, presided.

EDIT on May 11: According to reports, Bonnie White did not attend the scheduled Mayor’s Youth Advisory Board meeting on Thursday. The meeting was held without her.